My thoughts on the World 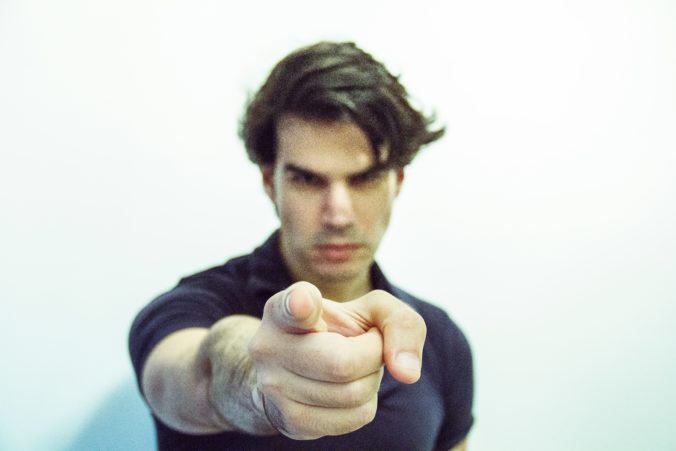 “You are just a zealot!”

“We are different here.”

If you have ever helped lead change in an organization, I’m sure you have heard statements like this.

Mention how an agile scaling framework works or the beliefs of a thought leader in your field, and eventually, you will be accused of being rigid. A zealot. Refusing to compromise.

Just last week, I heard a well-intentioned leader utter the phrase, “that’s so by the book” to a coach that was trying to help the organization.

As leaders, we need to understand that statements like these are used to hide the real issues. They mask what is really going on. Think of them as a bate-and-switch to protect the accuser from digging deep into the core issue.

Step back and take a few minutes to dig into the core issue that is hiding by these statements. By digging in, you can start the hard work of building a relationship. You might also find out something about yourself.

But what could the core issue be? I have that nearly all objections fall into four fundamental core issues.

1). The person might not want to change. When change is being introduced to an organization, many people resist change due to fear of loss. That might be a loss of status, loss of a job, or loss of control.

Instead of owning up to the fear, they attack the idea (and the person with the idea). Instead of discussing the merit of the idea, they try to discredit the idea by discrediting the person. By painting a person as a zealot, they can shift the issue away from themselves.

This is a hard position to find yourself. People will not change until they are ready. Most of the time, there is nothing you can do about this situation. Give them space. Let them know you will be available when they are ready. Everyone has their own road to travel.

Find a way to allow a person to ask questions and get understanding while still allowing them to save face. This might be in a small group of trusted friends or in a 1:1 setting. Maybe this involved having a pre-meeting before the real meeting. Allow people to ask questions and be vulnerable while maintaining a safe space. If they don’t have phycological safety, they will not ask.

3). They understand, but they don’t agree. We all have different insights and opinions. Our preferred path to the final destination might be different than someone else. Just because they disagree doesn’t mean they are wrong. We might be wrong.

In this situation, spend less time talking and more time listening. Try to understand the objections to the ideas. Many complaints contain truth that has been overlooked. Find it. Tease it out. These truths can be used like a refiners fire, burning off the dross of a dull idea purifying the solution to something that will stand the test of time.

4). It’s too hard (or not possible) to make that change. From their perspective, this might be true. The larger and more established the organization, the more likely power, and the ability to make changes has been compartmentalized. The idea might be a great idea, just not doable in the current context.

Before pushing too hard, step back, and evaluate the situation. Could this person make the change if they wanted to? I worked with a program sponsor within a government agency that was bound by a legislative mandate. Although she understood and agreed, with the benefits of having the teams provide input on timelines. Unfortunately, the schedule was codified into state law. It was entirely outside of her control, and she could not change this if she wanted to.

Each of these four situations has one thing in common. They allow you to step back and work on the relationship. The agile manifesto calls for Individuals and interactions over processes and tools. A better way to say this is people before process.

It doesn’t matter if you are “right” or you have the best idea. If you don’t have the relationship to build on, the ideas will fail. They will be seen as a flavor of the month. Finding a way to work together is the foundation for finding a solution that works for everyone. It’s not the easiest way, but its the best way to create lasting change.

Photo by Adi Goldstein on Unsplash

Do you need new glasses?

Retro on the System, not the Sprint.

Theme by Anders Noren — Up ↑